Tales from the Wilderlands 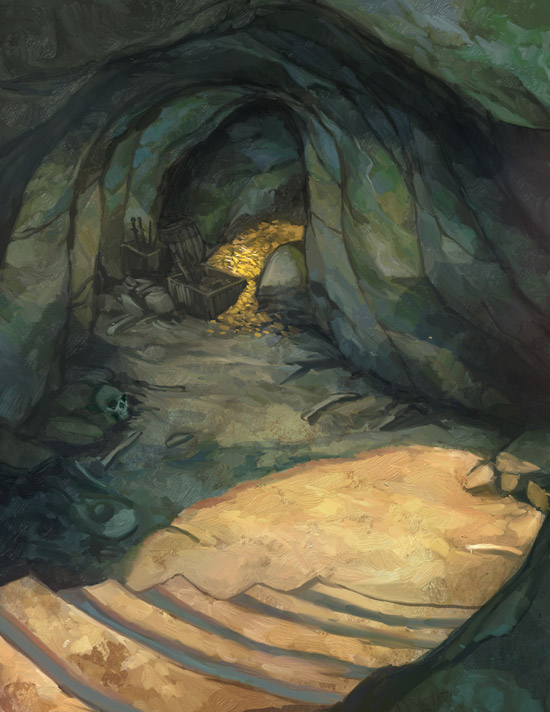 We started out by asking the designer of The One Ring, Francesco Nepitello, to explain how magic items fit into Tolkien’s works:

“Magical items are among the fundamental elements of the works of Tolkien… just think about the title – and subject – of The Lord of the Rings! So, it was a natural step to find a way to introduce them into the game. But they constitute a tricky subject matter, as prone to abuse in games as they are in fantasy books: you can’t rely on magical items too much, or they quickly become clichéd. That’s why we took our time in developing game mechanics that were appropriate to the gameplay style of The One Ring.”

While The One Ring Roleplaying Game includes rules for treasure, up until now it has been treasure of the decidedly mundane variety. Well, no more, for Rivendell includes a whole chapter on introducing Magical Treasure into your campaigns, from Elven swords and Mithril armour to magic rings…

Magical Treasure in The One Ring takes the form of one of three types: Precious Objects, which are jewels and gems of extraordinary quality (and value); Wondrous Artefacts, which are objects enchanted so as to enhance the use of a particular skill in a magical way; and Famous Weapons and Armour, which are potent artefacts from a bygone age.

Precious Objects are items of such rare craftsmanship or magical beauty that they are worth far more than regular treasure, offering the finder a greatly enhanced Treasure rating. Often they are items of sentimental value to the cultures of Middle-earth too, granting them double the value when used as part of the Raise Standing undertaking.

Wondrous Artefacts are indisputably magical in nature, from cloaks that can hide their wearers from sight to war-horns capable of setting fear into the hearts of enemies and joy in the hearts of friends. Each Wondrous Artefact is possessed by one or more Blessings, each affecting a specific skill. When the bearer uses that skill, he adds his Wisdom to the roll. In addition, the bearer can spend a point of Hope to turn a success into a magical success, allowing the player to narrate the outcome beyond even the limits for a great or extraordinary success.

Finally, Famous Weapons and Armour are magical artefacts with a long and proud lineage, destined to be found by the hero. Much like a Cultural Reward might, a Famous Weapon or piece of armour has a number of qualities; unlike a mundane reward, however, these qualities might be enchanted qualities. There are a score of such qualities described, ranging from Runes of Victory (which score an automatic hit on both an Eye and a Gandalf rune) or Sure Shot (which allows the wielder to ignore any negative modifiers to hit) to Flame of Hope (which increases the Endurance gained from the Rally Comrades action) and Luminescence (which causes the weapon to shine with a pale, cold light when a specific creature approaches). 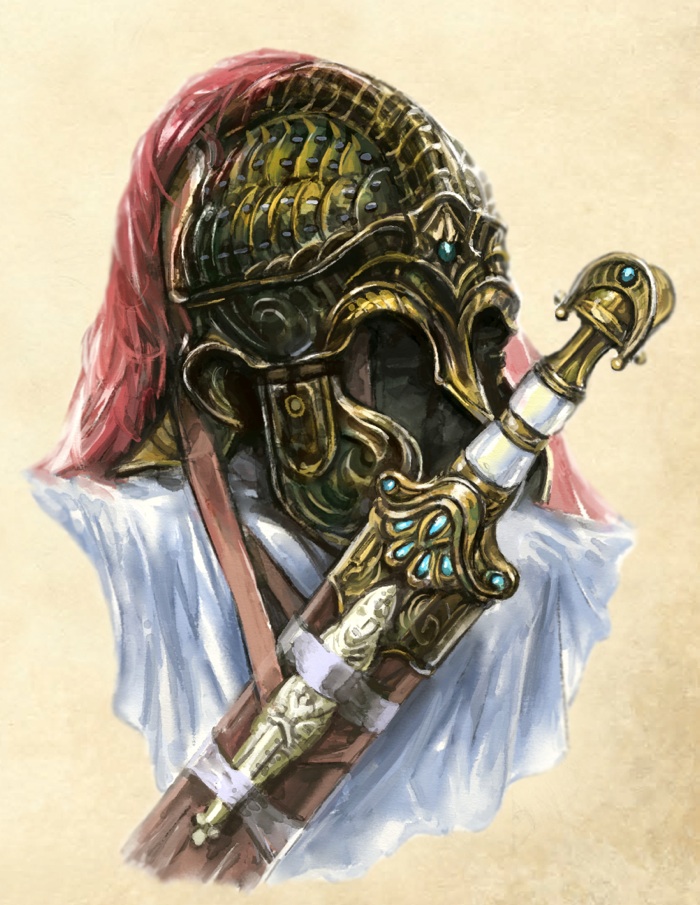 But, explains Francesco, the discovery of Magical Treasure should be far from random…

“Magical treasure must serve a purpose. Their introduction in a game of The One Ring should never be left entirely in the hands of pure chance. ‘I can put it no plainer than by saying that Bilbo was meant to find the Ring…’ says Gandalf.

“To maintain this sense of predestination in The One Ring, we developed a system that tackles the issue, yielding a double-sided result: the mechanics leave the discovery of Magical Treasure partly to chance as far as the timing of the discovery is concerned, while at the same time giving the Loremaster the possibility of controlling almost completely what it is that the companions find. The set of rules is extremely customisable, as it’s been designed to conform to the campaign being played. Do you want your characters to be equipped with Beleriand-forged steel, as they will face the wrath of a Dragon? That’s possible. Do you want to keep your magical items to the level of walking staves blessed with spells of ‘finding and returning’? Your campaign, your choice.”

The way this is translated into the game takes the form of two sets of mechanics: Magical Treasure rolls and the Magical Treasure index. The former determines when an item is found; the latter what is found.

A Magical Treasure roll can be made by a player when their hero discovers a Treasure Hoard (which includes most treasure encountered in caverns, lairs and old ruins). They roll the Feat die, and if either a Gandalf rune or Eye of Sauron is rolled they discover a magical object (of course, on the roll of an Eye, the item may be cursed…). If either was rolled, the player can then choose to roll a number of Success die up to the number of unspent Experience points they have and adds up the number of 6s rolled. The type of treasure discovered depends on how many 6s have been rolled, and this also dictates how many of those Experience points it will cost to acquire the item.

Some Hoards are better than others, of course, and so might allow a player to re-roll the Feat dice once or even twice.

The Magical Treasure index is the Loremaster’s custom-made list of magical items that exist in his campaign, tailored for his specific group of players, taking into account the skills they possess and the weapons they use. This way, when a hero finds a magical weapon in the game, the Loremaster has already a suitable weapon in mind that the hero was not only meant to discover, but that they are proficient in the use of. It is the tool by which the Loremaster can control how much magic he introduces into his game, as well as the means by which magical objects remain unique and precious to each hero.

One of the great joys of the Magical Treasure index is making them in the first place. Although Rivendell contains three complete, sample indexes (including one detailing the magical artefacts found by Thorin’s Company in their quest for Erebor), these are meant to be just sources of inspiration for your own indexes.

Finally, we asked Francesco about the burning question on everyone’s lips… can my players acquire the One Ring for themselves…?

“They could, if it didn’t rest in the deep pockets of a certain Hobbit, guarded by Wizards and Rangers! Jokes aside, if your game runs well beyond the boundaries of canon and, for example, Bilbo lost the riddle-game with Gollum, then the Ruling Ring could well be inserted in the Magical Treasure index of your campaign. We go as far as to speculate how you might stat it up according to the rules provided in the chapter…”

Ascendant campaigns can view previous versions of their pages, see what has changed (and who did it), and even restore old versions. It's like having a rewind button for your campaign.

We've already been saving your edits, so if you upgrade now you will have instant access to your previous versions. Plus, you get a 15-day free trial, so there's nothing to lose.

I'm sorry, but we no longer support this web browser. Please upgrade your browser or install Chrome or Firefox to enjoy the full functionality of this site.